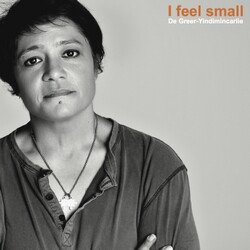 
The title track of De Greer-Yindimincarlie's sixth album, I Feel Small outlines the insecurities many of us feel in day-to-day life. The ultimately uplifting song will resonate with many audiences and the composition will catch ears around the country.

Other tracks by De Greer-Yindimincarlie: Perfect Angel  -  We Got War
%