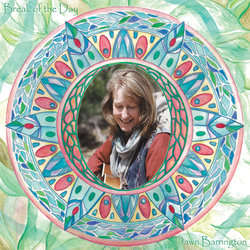 Dawn Barrington is a contemporary folk rock singer songwriter based in Denmark WA.

She’s a bit of a traditional storyteller at heart although her catchy choruses and the rich lyrical content of her songs makes for an engaging performance. Her distinctive sound and the spirit in which she sings her songs has likened her to artists such as Joan Baez, Bob Dylan and Janis Ian.

She has been performing at venues around the Great Southern of WA and Perth in recent years and she released her debut album “Break of the Day” at Nannup Music Festival early 2016. Dawn has also played at the “Denmark Festival of Voice” for three years consecutively and the Denmark Arts markets and other local events and festivals. She recently took a trip to Sydney to spread her music further and promote her album.

Her EP "Voices" and single "Women of War" had airplay at several community radio stations around Australia and she has also released.


'Coming Home Soon' was written in a flash after I rode my bike over a twig on my regular bike ride into town morning. An imaginary conversation to meet up with my partner ended up in this frantic moment of waiting and hoping then came the twist a the end.


Other tracks by Dawn Barrington: What Are We Doing?  -  Break of the Day
%