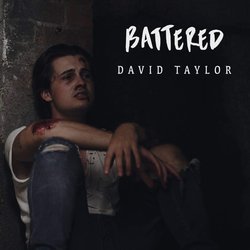 Sydney pop-indie singer/songwriter and multi-instrumentalist, David Taylor, is one of Australia’s most promising young artists.

Influenced by the likes of pop stalwarts John Mayer, Ben Rector, Gang Of Youths, Ron Pope, Dan + Shay… to name a few, David is also a big advocate of mental health. He partnered up with KYDS – a charity that helps young people understand, and manage, difficult issues in their lives through counselling and mental health support services – in raising funds by donating 100% of profits from “Pick Yourself Up” and “Take Pride”. Subsequently, in recognition of his support of mental health, David was nominated in 2016 for Australian Of The Year.

October 2016 saw David release his album “Thoughts Then Reality” which charted in the top 5 on the Australian Singer/Songwriter iTunes charts The accolades kept coming with “This Too Shall Pass” being named as one of the Top 10 Contemporary Songs Of The Year by the Australian Songwriting Association and, more recently, the accompanying music video for ‘Goodnight’ shortlisted as a finalist for the International Songwriters Competition for which only two Australian tracks were chosen in the category from a submission pool of over 19,000.


Co-written by David and multi-platinum selling and ARIA Award winning Producer Peter Holz (Vance Joy/Peking Duk/Gang Of Youths), “Battered” is a song about the entrapment of being in an abusive relationship and not having the strength to leave. The track has been shortlisted for the 2019 Vanda & Young Global Songwriting Competition alongside Dean Lewis, Morgan Evans and more.