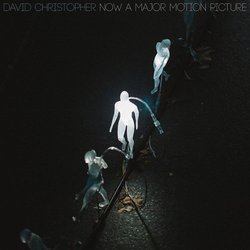 The popular culture phrase 'Now A Major Motion Picture' is attributed to bestsellers that have been adapted for the big screen. As an album title, it aptly describes a collection of cinematic and atmospheric songs that could easily be at home on a motion picture soundtrack.

Infused with discovered samples, accidental sounds, loops and beats while building upon the heavier sounds and arrangements found on previous release, Paper Planes, Now A Major Motion Picture is a masterful and progressive addition to the catalogue of Australian singer/songwriter turned producer David Christopher.

From the pulsing electronica of opening track 'Incidental', the primal beats and stadium chants of 'Shangri-La' to the dramatic trip-hop of 'Blindsided' and Bowie-esque 'Turning Tricks', Now A Major Motion Picture is a snapshot of a performer taking time out to use the studio in pursuit of new sonic territories.

Recorded sporadically over a 2-month period using makeshift home studios between Australia and Vietnam, 'Now A Major Motion Picture' will be released through Crimson Retriever Records on 9th December.