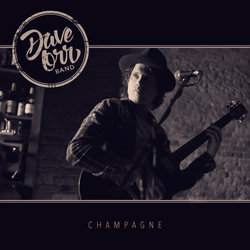 Playing the blues is never as simple as it seems.Many try, but few seem to nail it like Dave Orr. At the heart of his music is that unmistakably raw blues guitar. It’s the sound of late night whiskey bars, of musicians stretching themselves and just letting loose.It’s a scene that Dave knows as he has become nothing less than a fixture of the Brisbane music scene over the past decade. A legend even that has shared stages with more artists than even he could remember.Rewind a few years and Dave was cutting his teeth performing with the kind of all out fusion acts Brisbane seems so good at producing – rock, pop, ska, funk it was all in there. His breakthrough came with power pop trio Numbers Radio – a band that scored national airplay through triplej and a growing live following drawn to the bands ability to pen whip smart pop tunes and play them live like nothing else.Despite playing just about any style you could name over the years, he has always found a home with Bluesy guitar driven Americana, and it’s a sound he has nailed on his forthcoming debut solo release, due out early 2017.