Dave Orr Band - As Soon As I Know 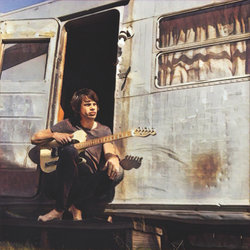 Playing the blues is never as simple as it seems. It’s a balancing act between virtuosity and feel, rawness and finesse. Many try, but few seem to nail it like DAVE ORR BAND. At the heart of his music is that unmistakably raw blues guitar. It’s the sound of late night whiskey bars, of musicians stretching themselves and just letting loose.

It’s a scene that Dave knows better than most as he has become nothing less than a fixture of the Brisbane music scene over the past decade. A legend even that has shared more stages with more artists than even he could remember.

His debut album As Soon as I Know balances Dave's extraordinary guitar work with his strong songwriting sensibilities and was written and recorded over the past 18 months. Recorded with Brisbane producer Jeff Lovejoy - As Soon As I Know is a magnificent first offering form the DAVE ORR BAND.