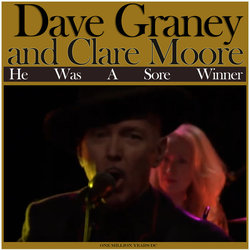 Dave Graney and multi instrumentalist Clare Moore were in the Moodists from 1978 to 1986. Then the White Buffaloes/Coral Snakes 1987-1997. Then the Royal Dave Graney Show and Lurid Yellow Mist to the mistLY.

This is their second album for 2019, coming hot on the smoking wheels of ZIPPA DEEDOO WHAT IS/WAS THAT/THIS? That was a “band” album - a “mistLY” album and this is an album of songs. The focus was on the eleven songs.

Dave Graney has published three books. It Is Writen, baby, 1001 Australian Nights and WORKSHY. They also play in harry Howard and the NDE and Clare Moore plays in the ROUTINES.


An upbeat groover sketching a 21st century populist tyrant who coast in power on waves of public resentment at those on the lowest rungs of the ladder.

Kinda Kinky but Country with lashings of pedal steel.