Dave Arden - I Close My Eyes 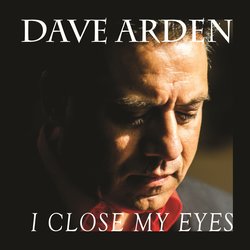 Dave Arden is a highly accomplished Australian musician and well recognised in the Aboriginal music scene. He performed with Archie Roach as his lead guitarist for many years and with Archie performed alongside the late great Ruby Hunter and other notable artists including Tiddas, Bart Willoughby, Mixed Relations, Kutcha Edwards and Shane Howard. Dave was a founder and co-musical director of the Black Arm Band. Dave has recently partnered up with guitarist and songwriter Scott Wilson. Dave Arden will release an EP titled I Close My Eyes in May 2016 followed by a tour of performing arts centres. He performed recently at Port Fairy Folk Festival and will release a full album later in 2016 followed by a national tour.


This story is about my Kokatha family and about my sisters and brother that I never had the chance to grow up with because of the assimilation policy, when they took the children away. The very thing called the 'family foundations'.