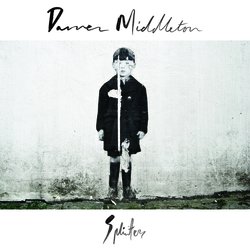 Darren Middleton is best known for his contributions to the legacy of Australian music as the guitarist in iconic Brisbane band Powderfinger who took the nation by storm dominating the Australian charts from their humble beginnings in 1992, right up until their disbanding in 2010. Now, Middleton steps out solo once again, announcing release of his upcoming album ‘Splinters’, a follow up to his 2013 full length debut solo album ‘Translations.’

The first taste of the ‘Splinters’ album due out on November 6th comes in the form of a double A-side single including ‘The Lines’ & ‘Our Road’ to be released on July 17th.
This upcoming release is relatable and touches on many themes and relationships; the relationship we have with our inner self, friends, lovers, in business, the world and society. As Darren Middleton explains: “All of our life is a relationship, an ever evolving and changing landscape of security, safety, hurdles, loss and discovery and both with Translations and Splinters, I am basically looking at my journey so far and laying it bare in songs.”


This new single taken from his upcoming album 'Splinters' breathes some rock/blues into his acoustic pop formula. Darren Middleton yearns with layered vocals between a textured soundscape. Following on from his last Double A-side release, 'Splinters' releases November 6th.