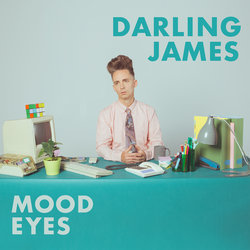 Darling James is the moniker of Melbourne-based songwriter James O'Brien. Originally used as a vehicle for songs pieced together in late night bedroom recordings while touring as a sideman for other acts, O'Brien quickly developed the idea into a full-time project complete with a blistering four-piece live band.

Late 2016 saw the release of Darling James' debut E.P. Theory of Mind. First single, the mesmerising, sizzling ‘Ultimatum Talk’, was added to rotation on triple j and has knocked up over 125,000 plays on Spotify. Sold-out hometown shows and interstate tours followed including spots with Olympia, The Church, Dan Kelly and Ella Hooper. Second single ‘The Itch’ was an incessant, stomping trip through fizzing synths, falsetto vocals and O'Brien's manic pop magic which earned kudos from Wally De Backer (Gotye) and was the number one song on Melbourne’s SYN FM. Third single ‘God’s Graffiti’ featured a mix of exotic instrumentation over a head-nodding dance beat and was promptly added to rotation on Double J.

Other tracks by Darling James: You're The Only One That I Need Now  -  Interlude (Present Sentimental)
%