Dark Fair - Distance In The Line 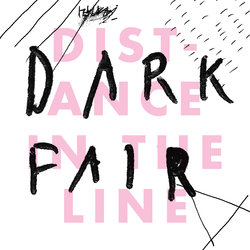 Dark Fair is an alt-rock duo made up of singer/guitarist Ramona Moore and drummer Ellie Dunn. Since forming in 2012, they’ve supported the likes of Sleater-Kinney, Veruca Salt, Adalita and Ecca Vandal.

Their music has been described as a mix of PJ Harvey, The Kills, The Breeders and Yeah Yeah Yeahs.

In 2014, they released the EP You Shouldn’t Be Mine, along with singles ‘Let Yourself Be Free’ and ‘Poison’. Then in 2015, they worked with producer Lindsay Gravina and released the single, 'Listen Up', which spent two weeks at the top of the Amrap chart. Their music has received airplay on Triple J, high rotation on Double J, as well as airplay on community stations across Australia. Their songs have appeared on the popular TV series 'Wentworth', and in 2017, 'Listen Up' was featured in the official AFL Women’s video.

In 2018, the band released the track ‘First Thing I Become’, followed by the single ‘Off Into My Head’ through Poison City Records.


The band’s second single from the album, ’Distance in the Line’ is hard hitting. It was written about the increase of gun-related violence around the world – in particular, the Tunisian shooting at Port El Kantaoui in 2015, and the harrowing conflict in Syria.