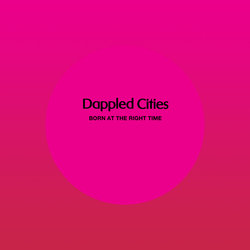 Conceived while living in London and three years in the making, ‘Lake Air’ is wild, breezy, thrilling, lofty and anything but ordinary. Shedding the imposing and complex sonic layers of their 2009 breakthrough ‘Zounds’, the new album showcases a sublime clarity with a sparser, loftier sound than ever before. Lyrics are sincere, arrangements are dizzying, and the results are revelatory.

“The journey of this album was long and difficult, but the music that came out of it is so full of joy and happiness” says vocalist, Tim Derricourt.

Forming in their teens, Dappled Cities have experienced a meteoric rise over the past decade, leading to three acclaimed full-length albums: 2004’s ‘A Smile’, 2006’s ‘Granddance’ and 2009’s ‘Zounds’. Amongst countless accolades, all three records earned Triple J’s coveted Feature Album spot, with the latter two gathering rave write-ups from critical institutions such as Pitchfork and Stereogum. At home, the band have previously toured with the likes of TV On The Radio, Death Cab For Cutie and LCD Soundsystem, and played countless festivals including Harvest, Laneway, Big Day Out and Splendour In The Grass.