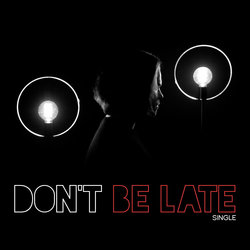 Danny McCrum is a highly respected guitarist, singer and songwriter with extensive experience on stage, in the studio and running the business behind the music. He has worked with and supported many top artists including Eric Clapton, Tommy Emmanuel, John Mayer, John Butler Trio, Jeff Beck, Bryan Ferry, Joan Armatrading, Norah Jones, Jimmy Barnes, Simple Minds, Katie Melua and many more.

Danny has released three albums: Awake & Restless (2007, Elite Music), Say What You Mean (2009, Liberation/Universal) and Letters to the Future (2012, Paper Plane). His fourth album Hustle Bustle will be released in 2019.

Along with Bobby Kennedy (Opshop) Danny hosts the podcast series Don’t Give Up Your Day Job where they talk to creative professionals about their experiences in the entertainment business. They have spoken to a long list of impressive names and have developed a loyal following.

Danny is endorsed by Rockbox Electronics and Chris Campbell Guitars


Don’t Be Late sends an urgent message to treat each other better and make better decisions. The chorus then offers encouragement: 'Don’t be late, don’t lose faith, don’t be changed, don’t be erased.’ The song is rich with melodies and groove, layered with harmonies, offset by unconventional drum patterns and held together by a strong and concise bass line.