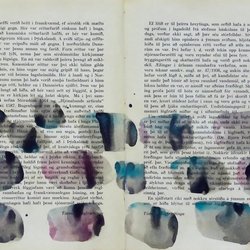 Danny Barwick is an emerging producer/songwriter from Melbourne. A jazz-trained drummer and pianist, and a first-class graduate in Philosophy, Barwick began his career in 2012 as a drummer, recording and touring as a sideman before turning to writing and production.

In 2017, he uploaded three remixes to Spotify and iTunes, which achieved over 3 million streams. Barwick then created his debut EP ‘Distance’, recorded entirely in his home studio. Shortly after the EP’s release, Barwick was invited to tour Australia supporting Gordi.

His second EP, ‘The Tigers’ was written during a one-month writing retreat to his parent’s seaside home in Sorrento, WA. Barwick says, “I’m influenced a great deal by the poetry of Charles Bukowski. During that month, one of my favourite lines was posted above my studio desk: “I kneel in the nights before tigers that will not let me be. The Tigers have found me, and I do not care”. To me the line suggested a reckless surrender, an ability to write freely despite self doubt, with no particular aim in mind beyond carelessness. I feel that seeing this line daily helped me steer the music in that direction, so I named the EP after it’s influence.”


I'm happily addicted to Charles Bukowski’s poetry. My favourite poem includes the harrowing lines: “An old guy in a cheap room, with a photograph of Marilyn Monroe”. As I was writing music one day, I found myself imagining more about Bukowski's ‘old guy’ - why he was alone in that cheap room. That backstory turned into this song.