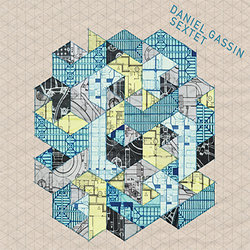 Australian-born of French and American parents, Daniel Gassin has a unique cultural heritage, the influences of which can be heard in his Sextet's debut album.

The great thing about this album, though, is the tightness of the band does not come at the expense of each individual performer. "I think this is part of the meeting in this music between French and American jazz styles", comments Daniel. "In modern French jazz, improvisational possibilities can sometimes become mired in notated sections, which however interesting, can have a tendency to be overly complex and therefore restrictive. In this album I've tried to balance writing interesting notated sections with the competing imperative of retaining openness for the improviser and the music." The sole Australian to reach the finals of the 2007 Bosendorfer Jazz Solo Piano Competition at the iconic Montreux Jazz Festival in Switzerland, Gassin confirms that some of the pieces on the album were directly inspired by time spent abroad. "'Roundtrip' was written in Paris after a brief sojourn in the Netherlands. 'McDaniel Avenue' and 'San Jose' draw from childhood experiences visiting grandparents in California." Cultural influences aside, the most important thing about any music is that it says something.


Named after its 7/8 time signature, this was initially written and performed in 2009 as a trio piece, and later arranged for the Sextet prior to recording the album. Featuring Mike Story on bass with some dynamic variation from the horns between stating the theme and backing the piano solo.