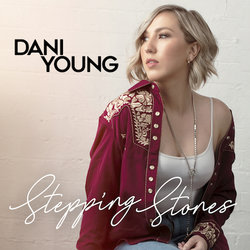 Dani catapulted onto the Australian country music scene, with her debut record Desert Water named a Golden Guitar finalist in 2017. The album of duets with Aboriginal singer Warren H Williams reached #2 on the ARIA Country Albums chart and was also nominated for Best International Release at the Canadian Indigenous Music Awards.

Her much-anticipated first solo record is due for release in early 2019. Produced by Damien Leith and Jeremy Edwards, and mixed by Shane Nicholson, the EP combines country and roots influences with her bravely personal songwriting.


Written by Young on a Sydney bus, Stepping Stones is a catchy country track, and sounds like Paul Kelly and The Lumineers wrote the soundtrack to a Spaghetti Western film. Featuring a cowboy whistle track, moody vocals and a deceptively joyful beat, the lyrics touch on regional and rural depression particularly among young people.