Dande and The Lion - Twilight Highway 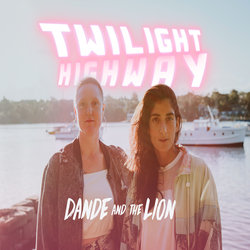 Captivating five-piece, Dande and The Lion, are set to release their new single “Twilight Highway”, the follow up to their first single “Stardust” released in March, accompanied by an innovative animated music video. These tracks precede the release of their much-anticipated new EP, recorded and produced by Lachlan Mitchell (The Jezabels).

Dande and The Lion had a busy 2018 playing shows, including sold-out shows in Sydney’s acclaimed Oxford Art Factory and Wollongong’s Radbar, and packing out rooms in Melbourne and Newcastle.

With four separate songwriters coming together, each track on the upcoming EP is very diverse and promises to channel the electric live energy that is their trademark.

“It’s been an interesting journey so far as both the music and the band members have been evolving. We probably agree that our sound is inspired by The Naked and Famous, Yeah Yeah Yeahs, Muse, The Preatures, The Jezabels and the Temper Trap. Bianca has a folk, psychedelic background, Abbey an electronic influence, Tass has an indie and brit-rock influence, Chris is jazz and metal, and Nick has an alternative, punk rock vibe, and yet bringing these worlds together is exciting! We’re really looking forward to releasing our new songs.”


We wrote Twilight Highway with the intention of creating something lively and basically just wanting to dance! Nick wrote it with Thelma and Louise in mind, two girls having fun, flirting, driving with no real destination. The video has a 90s vibe to it with a computer game feel, leaving the viewer to question the reality of the story.