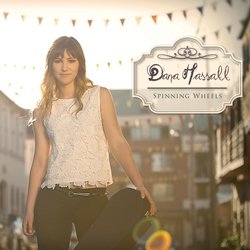 She may be on the youthful side of the spectrum but Dana Hassall is far from new to the music scene. Growing up on an alpaca farm in country Queensland gave Dana the perfect level of isolation to lock herself away and create. From the very early age of eight, she was already gracing audiences with her songs and performances.

“Dana Hassall has developed such a unique & contemporary approach to singing & writing that it not only hooks the ear but causes the listener to tilt their head as if in contemplation of the highest art.” (Luke O’Shea, Golden Guitar Winner)


Like Snow explores the wintery wonderland of a snow globe and compares it to the real world. It was written with Golden Guitar winner Luke O’Shea.
Dana comments, “For me, the idea is life is most beautiful when it's shaken up and aren’t going to plan- that’s when magic happens”