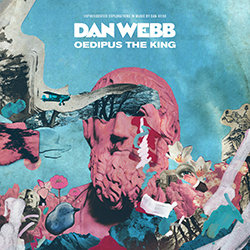 Dan Webb started piano lessons at age four and continued to study classical, jazz and contemporary until he began to pursue his own brand of rock music, using keys as the lead instrument. He had been heavily involved in the Australian music scene since he was 14, interviewing upcoming local artists such as Gotye and hobnobbing with his heroes backstage as they toured down under. He's had the fortune of rubbing shoulders with iconoclasts like Herbie Hancock, Chick Corea, Wayne Shorter, Wynton Marsalis and the late Sharon Jones whom he danced with and kissed on the cheek.

While Webb's music could be classified under prog pop, The Miles Davis-worshiping, psych pop, Avant rocker is more influenced by jazz greats than Top 40 and accordingly, his music doesn't fit neatly into any existing genre. He has released one full length and three EP's since 2008; music that has been hailed as "the work of a genius" by Radio Adelaide with subsequent spins on Absolute Radio, BBC 6, and Australia's Triple J & Double J stations.

The new album, Oedipus The King, was conceived and recorded in the toxic atmosphere leading up to the US election.


A melancholic, universally-relatable track in the style of a mantra.

Other tracks by Dan Webb: Let Them Eat Cake  -  Nomads
%