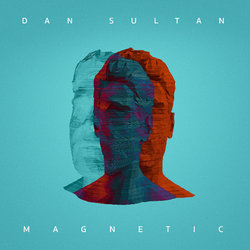 'Magnetic' is a clear-headed missive from a man at the top of his game. Not content to ride the coattails of his third record, Blackbird – which landed at #4 on the ARIA Albums Chart, took out the award for Best Rock Album at the 2014 ARIA Awards, as well as a slew of NIMA and AIR gongs – Sultan took inspiration from the innovative pop landscape to take his honest storytelling into unchartered territory.

Sultan describes his approach to song-writing succinctly: “If there’s fear then you’re onto the right thing.”

“It’s about having too much of a good thing,” Sultan says, explaining the song’s lyrics. “It’s about excess, basically, in all its forms. But it’s also about getting older, and about being more comfortable in my own skin.”

As with the forthcoming album from which it’s taken, ‘Magnetic’ was recorded with producer Jan Skubiszewski, at Skubiszewski’s Way Of The Eagle Studios in Melbourne. Skubiszewski has worked with Illy, John Butler Trio and his own Way Of The Eagle project to create some of the most memorable Australian productions of recent years. He also happens to be Sultan’s best mate.


A piano flutters, and a string section swells from the delicate melody. Then a choir of voices bursts forth: “God, help me!” So begins Dan Sultan’s new single, ‘Magnetic’. A fierce attack of soul-pop, as interested in delivering unfiltered emotion as it is a charging chorus.