Dan Sultan - Hold It Together 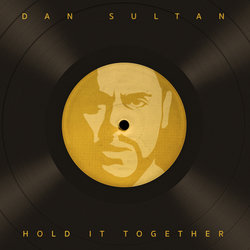 ‘Hold It Together’ is the second glimpse of the Melbourne-based singer-songwriter’s new album, his fourth, and follows in the footsteps of previous single ‘Magnetic’, which was released late last year. The song was recorded with his good friend Jan Skubiszewski, at Skubiszewski’s Way Of The Eagle Studios in Melbourne. Skubiszewski has worked with Illy, John Butler Trio and his own Way Of The Eagle project to create some of the most memorable Australian productions of recent years.

Sultan’s last album Blackbird landed at #4 on the ARIA Albums Chart and took out the award for Best Rock Album at the 2014 ARIA Awards, as well as a slew of NIMA and AIR gongs. His new music sees him stepping out as the songwriter he’s always promised to become, with ‘Hold It Together’ a case in point.

Sultan has just finished up a completely sold-out solo tour for fans.


Like the best of Sultan’s song-writing, ‘Hold It Together’ takes a personal tale and winds it into a larger narrative. This time a plea for solidarity, Sultan’s honeyed vocal explodes into a volcanic chorus, backed by a bristling gospel choir and a cleanly plucked roots-rock guitar line.