Dan Mullins - Somewhere Along the Way (The Camino Song) 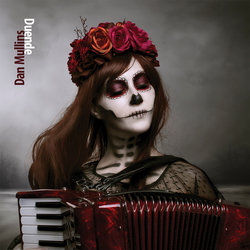 Dan Mullins is a Sydney-based singer/songwriter, broadcaster, podcaster and author. He has more than 35 years experience as a live performer at venues across Australia and overseas.

He is also a veteran radio producer for more than 14 years. He presents The Bush Telegraph weekly to 2GB in Sydney, 4BC in Brisbane and to 77 radio stations Australia-wide.

As a musician Dan was signed with Sony Publishing in the 1990s, toured the world and Australia with acts like Bryan Ferry, Desiree, Michelle Shocked, Stephen Cummings, Violent Femmes and Hothouse Flowers and The Church.

Dan still performs 80 shows a year - he’s a storyteller, a six-string troubador with soaring vocals and lilting melodies. He’s played thousands of gigs, non-stop weekend after weekend, year after year, plying his trade in pubs and clubs the length and breadth of the country.

Somewhere Along The Way (the Camino Song) is the first single of the his debut album Duende, out now. The album was recorded at Electric Avenue Studios in Sydney with veteran producer/engineer Phil Punch (Cruel Sea, the ‘Aints, Ed Kuepper) at the helm.


Dan wrote the song on the plains of Spain while walking 1000 kilometres across Europe on the Camino de Santiago, the Way of St James. Dan was walking in the footsteps of millions of pilgrims before him. Their energy delivered the song straight to his heart.

It’s a yearning we all hold ~ to find what we’re looking for.