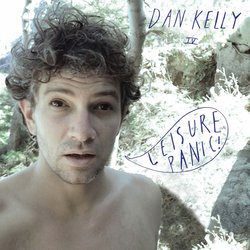 ‘Leisure Panic ‘was recorded across a multitude of locations, from tiny apartments during the London riots, to freezing mud brick studios in Melbourne, beachside flats in the Sydney summer, porches in Nimbin and in Dan’s new studio TFS in Melbourne.

It's the real and hyper-real story of Dan's last few years dropping out on the NSW North Coast, across jaunts to the Greek Isles and Berlin for inspiration and cheap cigarettes. The style has been described as “romantic comedy noir Kraut rock soul folk with added Euro electro sadness jams floating in a melange of pre indie heritage”. But also quite laid back. The lyrics are funny, sad and quite geographical.

Dan will be touring Leisure Panic in October


As Dan says, ‘Kind of what you get if you blend “Every F**king City” with Eddy Current Suppression Ring’.