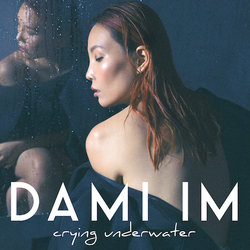 Dami’s musical foundation was laid from an early age when she started playing the piano at the age of 5. Her music teacher recognized her talent and recommended she apply to study at the Conservatorium when she was just 10. While training to become a concert pianist, she developed a love for singing pop music as a teenager and after obtaining her Classical piano degree Dami went onto pursue a Masters in Contemporary Voice. The Australian singer-songwriter first came to national prominence when she won The X Factor. Her self-titled debut album & single ‘Alive’ both debuted at #1 on the ARIA charts. Since then she has released three more acclaimed studio albums & performed all over the world. In 2016 Dami became Eurovision Royalty when she earned the highest score ever achieved by an Australian entry, and her single“Sound of Silence”charted globally.


Crying Underwater is about something many can relate to about feeling sad and isolated but each day putting on a mask for other people. “There is so much pressure in today’s society to always look happy so we end up feeling like we’re not allowed to talk about how we really feel.. Just like you’re crying underwater.