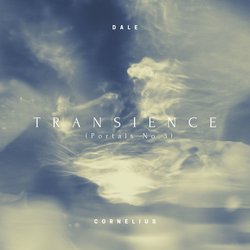 Dale Cornelius’ music can grab the listener by the ears; always distinct, evocative and highly inventive, with the music often speaking in ways the characters do not. He describes himself as a storyteller through music.

His music has been heard all around the world and streamed over 1,000,000 times and has been awarded and nominated multiple times, here in Australia and overseas, for his film & television scores; including 3 nominations last year (2018) at the Australian Screen Music Awards.

Currently Dale is finishing a solo EP based on his travels and recordings in Japan during 2018-2019, and he is producing an electro-altpop-rock album for artist, Shenko; due for release late 2019.


Transience is about things temporal, transient states of being, cycles of life, death; that which is fleeting and the fragility of what surrounds us. This is part of a series of compositions titled Portals, the first of which, will feature on Cornelius' forthcoming EP.