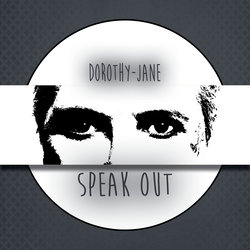 Dorothy-Jane's lyrics, performance and presence leave no doubt that she is also a survivor, willing and able to bare her soul through her music. She is driven to use her music as a platform to shed light on dark topics.

Her songs draw on her lived experiences – cancer, addictions, mental health, relationships and sexual abuse to name a few. Her lyrics are brave and unpretentious.

"Raw emotion, poetry and humour depict her fighting spirit and determination to get on with life through adversity.” - Phil Birch-Marston, Artsound FM.

“…like a full-bodied red wine, they’re a little husky, deep and powerful. They tell a story.” - Regi Su of Get Shot Magazine describing Dorothy-Jane’s vocals.

Falling helplessly and hopelessly in love with the humble blues-harp over 20 years ago was the impetus for her to begin performing in public. Influenced by Australian harmonica legend, Jim Conway and US “white bluesman” Charlie Musselwhite, among others. Dorothy Jane has developed her own distinctive style.

“...she makes her harmonica strut like an alley cat!” - Rory McCartney of BMA Magazine


"Speak Out" from Dorothy-Jane's upcoming album "The Witness", tackles the confusion, fear and shame of sexual abuse and hopes to empower victims to speak out.

“…I hope it gets loads of airplay and if it helps at least one child find the courage to speak out it will be a great thing.”
Jenny - Jenny’s House Family Day Care