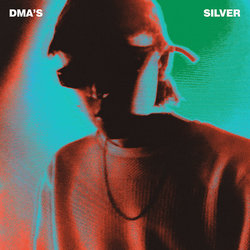 Since DMA’S burst onto the scene in early 2016, the band have been met with an abundance of praise from around the world, as critics and fans alike are drawn to their undeniably recognisable brand of guitar-driven pop. Between stints in the studio, the band have toured non-stop throughout the world playing sold out headline shows across the UK and Europe and billings on some of the world’s biggest festivals, including Coachella, Reading & Leeds, Fuji Rock, Glastonbury and Splendour In The Grass and Falls Festival locally.

Next month DMA’S are supporting Liam Gallagher on his 13-date UK arena tour before they return home to play Fairgrounds Festival in Berry, NSW and Laneway Festival in Brisbane, Sydney, Adelaide, Melbourne and Fremantle next February.

I OH YOU are delighted to present ‘Silver’ to the world and can’t wait to share what’s next for the band as they show no signs of slowing down.


‘Silver’ is DMA'S first new release since their three-time ARIA nominated, critically acclaimed sophomore album For Now was presented to the world in April 2018. Produced by Scott Horscroft and mixed by Stuart Price, ‘Silver’ is a polished and lustrous track that dawns a new era for DMA’S as they step centre stage on the global arena.