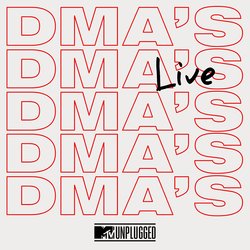 Now the band are set to release the MTV Unplugged (Live In Melbourne) album on June 14th. ‘Beautiful Stranger’ is a stunningly stripped back cover of Madonna’s hit single.

It was recorded at Melbourne’s intimate Memo Music Hall last October, with DMA’s becoming one of the first Australian bands to play the iconic MTV Unplugged session. It’s a format steeped in history, following classic sets from Nirvana, Oasis, R.E.M. and many more.

“It was the most fun I’ve had in awhile, just rearranging the songs and hearing them in a different light,” says Johnny Took. “To be able to do this is a bit of a dream come true.”

Renowned for their ragged, anthemic energy often inspired by the Britpop and Manchester scenes, MTV Unplugged (Live In Melbourne) finds DMA’S stripping their songbook back to basics. Focusing on acoustic guitar, piano, violin and cello, these new arrangements unveil fresh new perspectives on the songs. Some now carry a folk vibe, while others hone in on the poignancy of the band’s lyrics.


The set makes an immediate statement with ‘Feels Like 37’, which substitutes its rush of spiky melody with a more reflective atmosphere. Numerous fan favourites such as ‘Step Up The Morphine’, ‘In The Air’ and ‘Lay Down’ resonate in their new form, while the album also features their previously unreleased, violin-driven take on the Madonna classic ‘Beautiful Stranger’.