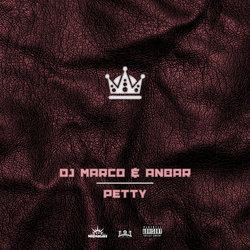 With an invigorating and playful charisma, club rapper Anbar can be seen leaving crowds star struck from his stage presence and performance routine. First making his break in early 2017, Anbar released his hit single Petty along with a string of covers which garnered a huge 150K+ streams on Soundcloud. Anbar has since joined hip-hop crew Local To Local, were he has released his fan favourite tracks Go Hard & Move.


Produced by Gaz Selimi and bringing Anbar's signature fast-paced club styled vibe, Petty adds a new an unheard sound to the Day One Mixtape by Local To Local and DJ Marco. Petty is the 5th song released from the Day One mixtape.