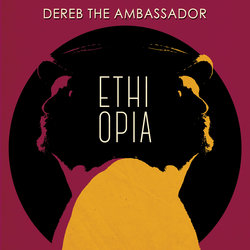 Australia's own Ethio-Soul superstar Dereb the Ambassador and his big sound band of virtuoso musicians deliver energetic rhythms and melodies that consistently get crowds moving.

In January 2016, Dereb the Ambassador released a new EP called “Volume II” and released “Fikera” from the album which received fantastic responses from music critics and audiences. The band toured again Japan in August, 2017 and just finished recording their new album to be released in the second quarter of 2018 and preparing to tour Japan and Europe later in the year.


A country girl goes to the river to collect water where she falls in love with a boy and then she creates the biggest problem for him in his life.