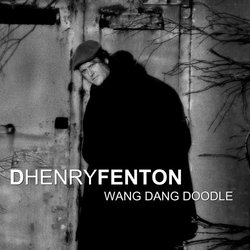 His first solo album, "Autumn Sweet", was produced by early REM producer, Mitch Easter. The Sydney Morning Herald called it “a strange and magical album” and was given “pop rock winner” status in Rolling Stone.

2017 saw the release of Fenton’s third collection of original material. Titled, Twice I Fell Down Once, the album’s peculiar name comes from words spoken by Woody Guthrie’s daughter before she died at eight years in a house fire. Mixed by Grammy Award winning engineer, Helik Hadar (James Reyne/Tracy Chapman/Joni Mitchell), it's a collection of songs about ghosts, love, obsession and revenge.

In 2018 he released a blues EP "Howlin' Back" featuring four songs by Howlin' Wolf.


Fenton developed a keen interest in blues after the blues section at his local library caught his eyes and ears.

"Howlin' Wolf had a tough electric sound & a voice so unique that I started playing a few at my gigs", says Fenton. "A friend suggested I record some as an experiment".