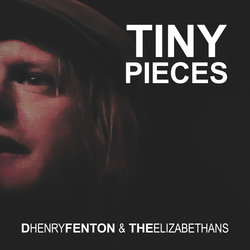 His first solo album, "Autumn Sweet", was produced by early REM producer, Mitch Easter.
The Sydney Morning Herald called it “a strange and magical album” and was given “pop rock winner” status in Rolling Stone.

2017 saw the release of Fenton’s third collection of original material. Titled, Twice I Fell Down Once, the album’s peculiar name comes from words spoken by Woody Guthrie’s daughter before she died at eight years in a house fire. Mixed by Grammy Award winning engineer, Helik Hadar (James Reyne/Tracy Chapman/Joni Mitchell), Twice I Fell Down Once, is a collection of songs about ghosts, love, obsession and revenge.


Tiny Pieces follows hot on the heels of the radio hit Dusty Wings. It has all the makings of a smash hit thanks to its catchy chorus and infectious melody – it is guaranteed to get stuck in your head for days!