Cut Copy - We Are Explorers 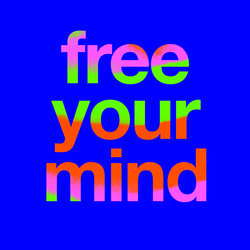 Cut Copy's previous album, 'Zonoscope', debuted at #3 on Australia's ARIA charts, and went on to be nominated for Album of the Year, and won Best Dance Release at the 2011 ARIA Awards. The album spawned the singles 'Take Me Over' and 'Need You Now', both of which received plenty of spins across Alternative and CHR/Pop radio.

The Melbourne band truly became a global entity when 'Zonoscope' was nominated for Best Dance Album at the 2012 Grammy Awards. That album tour saw them headline in over 20 countries (on a world tour where they played in a staggering 45 countries).

With their music synched heavily across TV, film, games and advertising (including: Playstation, Blackberry, HP, FIFA 2012 game, '90210', 'So You Think You Can Dance' and 'How To Make It In America' to name a few); and with 360,000 Facebook likes and 425,000 Twitter followers, Cut Copy are well known and well loved.

Their latest album, out now, is 'Free Your Mind'. The title track featured an appearance from everyone's favourite vampire, Eric Northman aka Alexander Skarsgard, in the cult themed video.


The new single 'We Are Explorers' is the stand out of the album. Perth's Sunday Times call the track 'twisted pop gold'; while The Australian name the song 'among the band's finest work'.