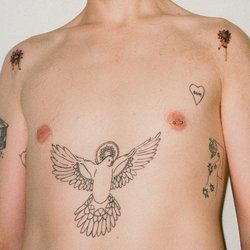 As they wrap up a massive run of shows supporting Vance Joy around Australia, Cub Sport return with their electrifying new single “Sometimes” (out now), the first to be taken from their forthcoming third album, out early next year.

“Sometimes” is an upbeat, pop anthem bursting with a confident new energy from the Brisbane 4-piece. This high-impact, emotional pop banger is a fearless step forward for the group while still capturing the uniquely vulnerable writing and vocal delivery that saw the group reach new heights on their 2017 album ‘BATS’ – a deeply personal record chronicling Tim’s journey of coming out and admitting his love for fellow band member Sam Netterfield.

The album won acclaim everywhere from Billboard, i-D Magazine, triple j’s Hack, Nylon, Gay Times, Pedestrian, Attitude, The Fader and Line of Best Fit to airplay on triple j, Fbi, 4ZZZ, and the HIT network, playlisting across Apple Music and Spotify, and sold out tour dates nation-wide. Cub Sport's openness with fans has helped develop a culture of love and inclusion around the band and has seen their unique brand of emotionally-charged pop connect with listeners all over the world.


Written in the midst of the BATS album campaign, “Sometimes” was inspired by a culmination of the highs of having their music connect with people whilst Tim adjusted to making himself so open about his identity.