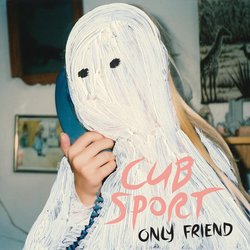 Brisbane’s Cub Sport had a big couple of years after exploding onto the airwaves in 2012 with ‘Evie’ and again a year later with ‘Told You So’. They hit the top 20 of US college radio’s CMJ charts. They snared Channel V’s Australian video of the year. They toured the length and breadth of Australia. They got so popular they got picked on by a group of Scouts and changed their name (but that’s another story). But when it came to the lead up for their first album, they decided to take the time to do it right, with the first taste of the record ‘Only Friend’ released this Friday.

They’ve spent their off-season from Australia’s gaze on the road touring globally from Singapore to Philadelphia, while working on their debut album This Is Our Vice. Oh and somewhere on their travels they stopped off to ink a global deal with indie label powerhouse Nettwerk Music. The album is released in Australia March 4 2016, with pre-orders available from October 9.


A fun summery dream-pop gem with all the elements that have made Cub Sport radio and live favourites across the world.

Other tracks by Cub Sport: Only Friend  -  Come On, Mess Me Up
%