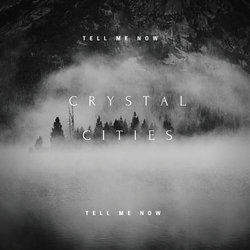 Crystal Cities, was born on a balmy January night in the garage of Geoff Rana’s house, in Sydney's Inner West. They were jamming an older original song, Cut Me Loose and by starting in a different key after a long session, it revealed a chilled, stripped back and eerily, ethereal version of the once energy driven track. This is the new sound that inspired Crystal Cities to become just that.


The band released their debut single Cut Me Loose in 2015 to great reviews. “The talented Australian band Crystal Cities are here to stay. They've already endured a lot as a creative team, and they clearly have what it takes to keep it moving.

The new single 'Cut Me Loose' is a melodic indie rock gem that has us hopeful for lots more greatness coming soon.” Fingersonblast June 2015.

The single also gained interest across the U.S gaining rotation at radio WEQX in NY, Modern rock 98.7 in Carolina and 92.9 in California to name a few.

Defining their sound with the debut single Cut me Loose, the band headed into the studio in December 2015 choosing producer Sean Carey at Church Street Studios in Sydney to begin recording "Tell Me Now”


Tell Me Now is an edgy indie pop track that has been submerged into a groovin bass with driving drum patterns, dripping with indie pop guitar hooks and coated with an infectious vocal melody that is sure to remain in your consciousness and get you singing along in no time!