Crystal Cities - If I Don’t Make the Morning - Internet Download 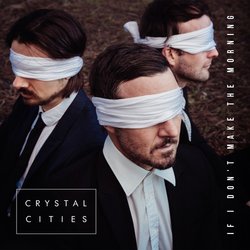 Crystal Cities have seen a lot of success this year with the release of their cinematic debut album, Under the Cold Light of the Moon. A sold out show at The Newsagency in Sydney just last month, a #14 debut on the FMQB SubModern Albums Chart in the US, and glowing reviews from The Rockpit, KTSW 89.9, and Portland Radio Project 99.1 all indicate a band going from strength to strength.

Title track and lead single, “Under the Cold of the Moon” picked up airplay across both Community and ABC stations.

Strings for the album were recorded at the prestigious Abbey Road Studios in London and world-renowned LA-based engineer Paul Lani (David Bowie, Prince, Megadeath) was enlisted to mix the record.

Together Paul and the band sculpted a captivating reverb-drenched yet hard-hitting debut record that is impactful from the very first listen.