Crooked Colours - I'll Be There 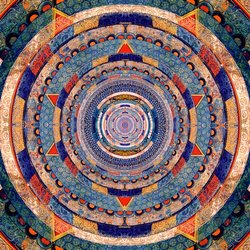 Recently celebrating the first anniversary of their debut album ‘Vera’, Crooked Colours have been humbled by the overwhelming support from fans and industry alike over the last 18 months. The project has taken the trio to new heights, with the album hitting #1 on the iTunes Electronic chart and receiving a staggering 30 million collective online streams, which led to extensive touring of Australia, United States, UK and Europe totalling an impressive 83 shows and festivals to date. Not showing any signs of slowing down, today, Crooked Colours are excited to announce the first single ‘I’ll Be There’ to be taken from their sophomore LP due for release in early 2019.


Penned during their time on the road, ‘I’ll Be There’ is a perfect re-introduction for the group, taking some of the instrumental timbre which has become synonymous with the Crooked Colours style, whilst injecting layered tribal influenced vocals, hypnotic loops, and driving synths throughout.