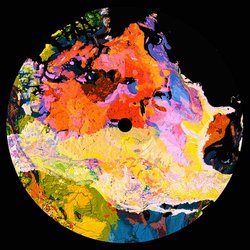 Crooked Colours burst onto the scene in 2013 with breakout singles Come Down, Capricious and Another Way, earning three consecutive #1's on Hype Machine and gaining a solid fanbase around the world. Their debut album Vera established themselves as one of the hottest rising acts, demonstrating diverse and layered productions. Hit singles 'Flow', 'I Hope You Get It’ and 'Come Back To You' have been picked up by radio stations and press around the world such as Radio 1, Eins Live, triple j, Majestic Casual to name a few and more recently they were awarded a gold record for 'Flow'.

Whilst they have taken Australia by storm with their ambitious and impressive new live show, they are now they are releasing their follow up album 'Langata'. The sophomore release is putting them on track to become one of our biggest electronic exports with this superb sophomore release.


The character in this song is caught up in trying to be famous. Spending all their time building this fake identity but in the end, everyone can see through it. Musically, there is great depth coming from the contrast of Phil's vocals against his own pitched down vocals which is then layered with swirling synths.