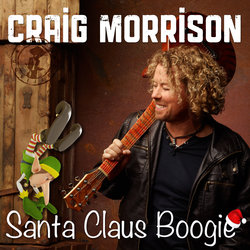 Craig Morrison hails from Aussie music royalty, treading the boards since he was a youngster with his Dad, Lucky Starr.

Ready to make it on his own, and embracing the vibe of the 1980s, Craig formed pop-rock band DeMont. DeMont had success with hits such as ‘Strange World’ and ‘I Want Your Body’. Craig and his band mates were on a rollercoaster ride, from pub stages to stadiums, touring with the likes of Mötley Crüe and Skid Row and securing a record deal with the legendary Albert Music.

But country music was always in Craig's soul: “The first song I ever learnt was a country song. I love music that describes your life, makes you think, makes you smile…”

His debut country release ‘Heaven Knows’, under the guise of Craig Morrison Little Cowboys, was well-received by the industry.

In 2011 Craig headed to Nashville to record this self-titled album with Grammy nominated producer Mark Moffatt. It not only features tracks written by Craig both while in Nashville and Australia, but also features some of the best songwriters and musicians from the international country music scene.

Craig is currently touring in the United States.


“I wanted to record a song that was full of dancing, fun and energy while still keeping the true meaning of Christmas at heart,” says Morrison. “What we ended up with is a rockin’ version of ‘Santa Claus Boogie’ - Craig Morrison Country style!”