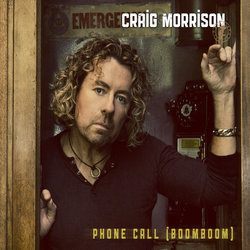 Craig is an international Australian entertainer touring Australia, America and France with hits in all three continents. He is the son of acclaimed artist Lucky Starr (I've Been Everywhere). Since 2011 Craig has been living between Australia and Nashville and is currently involved in a writing project for Dolly Pardon. Craig has performed with the likes of Rascall Flatts, Big & Rich and The Band Perry. He is also known as a young actor in the Australian TV series "Sons & Daughters. He has been a finalist in Toyota Star Maker and has received the Australian Song Writer Award for his hit "Hot Kinda Love".


“Phone Call” was written by Craig Morrison and DJ Gleason and produced by Dolly Pardon’s producer Kent Wells and Pat Lassiter.
“Phone Call” Is for anyone who has found it hard to pick up the phone to express their love to that one person that really matters.