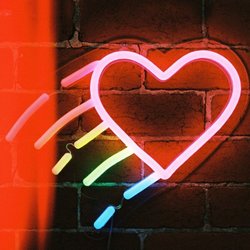 As distinctive as it is diverse; as idiosyncratic as it is musical, Cousin Tony's Brand New Firebird's album 'New Romancer' is a record that shows no interest in passing trends or the prevailing landscape around it. It is its own microcosm.

Recorded partly in Melbourne and partly in LA, the album was produced with care and precision by longterm collaborator Matthew Neighbour (The Avalanches, Matt Corby).

Although surface level it's easy to assume this is a break-up album - 'New Romancer' is far more complex. In a recent interview frontman Lachlan Rose explained that the album “explores the void that’s created after someone removes themselves from your life. A journey of decision-making in the pursuit of some higher, emotional transcendence rather than anger and regret." Furthermore, Rose says “emotion and movement are so intrinsically linked and I think all these songs explore that relationship in some way”.

With an Australian tour around the corner and another overseas trip planned for next year, familiarise yourself with this remarkable record now.


Described by The Music as a "tender disco jam", ‘No Surprise’ is a pop number that shows off Cousin Tony's exquisite experimental nature.