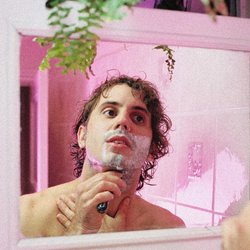 Produced and mixed by Matt Neighbour (The Avalanches, Courtney Barnett, Matt Corby), ‘Love is Heartbreak’ is an ambitious and kaleidoscopic piece of indie-pop which perfectly sets the scene for the upcoming second album from Cousin Tony's Brand New Firebird.

A popular live band whose last tour boasted a string of sold out shows, Cousin Tony has just announced an extensive 11 date national tour throughout March and April. This will be followed by their first UK and Ireland tour in May to coincide with the album’s release.

With millions of streams behind them, 4-5 star Unearthed reviews from 11 of the folks at triple j and Matt Corby, Montaigne and Gang of Youths’ Dave Le’aupepe having all previously sung their praises, it looks like 2019 could well be the year that the ‘bird truly soars.


“The sooner you hop on this ride, the better.” - Beat

“One of our favourite sets from BIGSOUND." - The Industry Observer