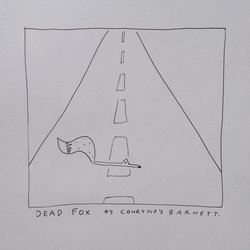 Sometimes I Sit And Think, And Sometimes I Just Sit will be released in Australia on Friday 20th March 2015 via Milk! Records / Remote Control Records. Recorded in the autumn of 2014 in an intense 10 day session at Head Gap studios in Melbourne, the album finally brings Barnett’s pithily acute and stingingly incisive vision into stark, unflinching focus, her wit sharpened to a knife edge, her melodies more infectious and addictive than ever.

Following up from the critically lauded The Double EP: A Sea of Split Peas in 2013 (which, as the title suggests, collected her first two self-released EPs to beguiling effect), her debut LP cements Barnett’s standing as one of the most distinctive voices in indie rock, mixing witty, often hilarious observations with devastating self-assessment over a beguiling collection of songs that reveals her as an ambitious songwriter with an ear for clever turns of phrase and an eye for story-song details that are literate without being pretentious.


The single “Dead Fox”, ostensibly one of the brightest and poppiest tracks on the record, but also one of the most politically weighted. With this track, Courtney uses vivid, nightmarish imagery of trucks criss-crossing the country and taxidermied kangaroos as a powerful argument against the destructive powers of big business.