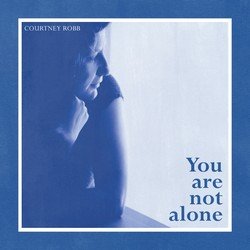 Adelaide singer/songwriter Courtney Robb wants you to feel what she feels as she moves between the lines of country-infused folk and blues. Robb’s charged delivery demands something of her listener as the imperfections and fragility of her stories reveal themselves.

Robb has just finished recording her fourth studio album, You Are Not Alone, which is due for release June 1st 2018. Recorded live over two days in the Adelaide Hills by Mick Wordley, this release is a leap forward creatively and professionally. Robb and her band; Chris Parkinson, BJ Barker, Snooks La Vie, Mark Seddon, Emma Woolcock, Ashley Turner and Marta Bayly; have captured something real. Robb says “I like to jump into the deep end. As a solo artist, the choice to record live with a band was a new approach, but I can see it gave us an edge, an authenticity, joyful, dark and interesting.”

It has been nearly 4 years since Robb’s last studio album, and it is clear she has used the time well. This new album sees a more confident and mature artist emerge.

Other tracks by Courtney Robb: The Next Disaster  -  Wounded Bird
%