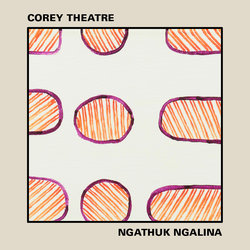 Corey Theatre is a singer songwriter who calls Adelaide home. Hailing from Western Victoria this Gunditjmara-Belgian artist’s music forms an important voice on the Australian music scene. Using catchy melodies Corey tells tales of Country, love, political injustices and the merits of taking a laid back approach to life.

His EP Let it Fade is a snippet sized sample of his eclectic style and he is currently working on his debut album Ngathuk Ngalina a collaborative journey of musical expression and language revival.

Drawing on community knowledge and historical documents Corey is using his music as medium to revive the Gunditjmara language, a tongue that has not been spoken fluently for close to a hundred years. He also plays an active role in aiding in the revival of the local Kaurna language; writing and performing songs in Kaurna, that have featured in the Keep it Corka kids TV show pilot and the Pirltawardli online language lessons. In 2013 Corey won the first Australia’s Got Language talent competition for the performance of his song Ngathuk Ngalina. He has performed with artists such as Kutcha Edwards and Glen Skuthorpe and his music has been featured on NITV and in film.