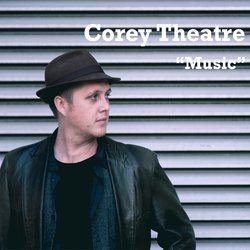 Born in Daylesford, Victoria on Jaara land, Theatre first picked up the guitar at age 17 after his uncle taught him to pluck the strings to the sounds of Candy Man by Reverend Gary Davis, although it was much later in life when he attended the Centre of Aboriginal Studies (CASM), where Theatre’s journey as a musician was set and he found his voice as a singer-songwriter.

Undergoing a study of Psychological Sciences, with the idea of pursuing music therapy and using music as means of healing, Theatre started listening to music from the APY Lands, including Frank Yamma and Irrunytju Band, where he learnt to fluently speak and sing Pitjantjatjara. Singing in language sparked Theatre’s interest in his own Gunditjmara heritage as he set about talking to the elders, looking through historical documents, where he discovered Barry Blake’s book “The Warrnambool Language”. Using Blake’s analysis and old sentences recorded by James Dawson, Theatre had written his first song in the Gunditjmara, ‘Ngathuk Ngalina’, the first single and title off his upcoming Album.

Theatre’s debut album Ngathuk Ngalina, to be released on September 22, was recorded in Melbourne at Audrey Studios.


A joyous, shoe tapping folk-pop arrangement that will have you smiling ear to ear while dancing the night away, ‘Music’ effortlessly jumps between English and Theatre’s traditional language of Gunditjmara. With acoustic that tips to Michael Franti, and No Fixed Address, Theatre delivers a seldom-heard youthfulness in his music.