Corey Legge - Last Night I Dreamt Of You 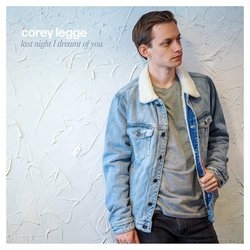 Corey Legge plays heartfelt alt-country, folk and rock, drawing influence from his wholesome upbringing amongst the fertile pastures surrounding Bega. Corey’s music is reminiscent of James Taylor, Chris Stapleton, and Passenger, with mesmerising guitar work and smooth vocal melodies that will get stuck in your head for days. Corey is set to release his highly anticipated 2nd album ‘Some Days’ in mid-2020, which was recorded with award-winning producer Ben Edwards in New Zealand. The first single ‘Last Night I Dreamt of You’ is set to be released on Thursday 2nd April 2020, along with Corey’s most mysterious music video to date.

The recipient of a prestigious ‘Young Regional Artist Scholarship’ from the NSW government in 2018, Corey subsequently flew to New Zealand to record his debut solo album ‘Driving out of Eden’ with producer Ben Edwards (Julia Jacklin, Marlon Williams). ‘Driving out of Eden’ was released in February 2019, sparking considerable interest from a number of high profile radio stations and artists worldwide. Corey’s debut single, also titled ‘Driving out of Eden’, was played numerous times on both Triple J and Double J national radio in Australia, and was named ‘Song of the Week’ in early March 2019 on ‘Blues and Roots Radio’ worldwide, achieving airplay in the UK, Ireland, Central Europe, Canada, USA, and Australia. The single was rated 4/5 stars by Triple J ‘Roots n All’ presenter Nkechi Anele on the day it was released, an impressive feat for a debut single. Perhaps most notably, a video of Corey Legge performing was shared by legendary US singer-songwriter James Taylor to his millions of social media followers, along with the link to Corey’s debut music video ‘Driving out of Eden’. ‘Driving out of Eden’ was listed as one of the best records of 2019 by Henry Wagons (Double J).


'Last Night I Dreamt of You' is the first single from Corey Legge's forthcoming 2nd solo album 'Some Days'. The track was recorded in New Zealand with award-winning producer Ben Edwards (Marlon Williams, Julia Jacklin). This memorable track is bursting at the seams with smooth ear-worm melodies and catchy guitar hooks. A groovy, sexy rock song with an epic climax.