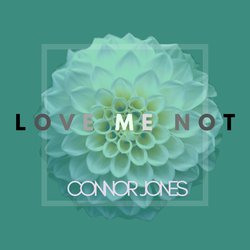 Connor Jones is an Australian rapper, producer and engineer. Born and raised in small-town Mullumbimby, of the Byron Shire. In chase of a broader more thriving music scene, Connor now resides in Melbourne where his self-produced debut E.P, 'GOOD.', is readying for launch.

Connor Jones is often given varying artist comparisons respective to the nature of his performance. In his traditional duo appearance, Velvet Sand, Connor Jones has been compared to the likes of Tech N9ne. In his latest trio collaboration, JERKSTORE, fans compare him closer to J.I.D. Whereas, Connor’s solo material is closer to the contemporary vibe of Horrorshow, Thundamentals & Childish Gambino.


Love Me Not is a tug of war between lovers over Connor Jones' smooth and buttery production. Connor seamlessly delivers his past experiences with lovers with an incredibly direct and swagger filled cadence.