Connie Kis Andersen - Angels All Around Us - Internet Download 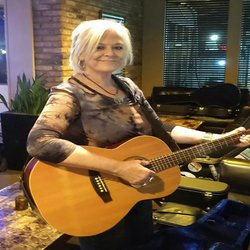 No stranger to hard work, perseverance and passionate dreams of a career in music, Connie Kis Andersen has defied industry paradigms by carving a successful music and radio career in Australia as a mature aged recording artist/singer songwriter.

One of Western Australia’s finest, she has seven albums and many hit songs to her credit. Her alt country/folk style is laced in traditional delivery and has found her the recipient of multiple awards in Australia for song writing and as an artist.

Her new single, Angels All Around Us is from an earlier album and is a reminder that there are always people who will reach out a helping hand in times of need.


Christmas time is one of reflection, rejoicing, giving and gratitude. The season may even be tinged with sorrow. With devastating bushfires and drought so prevalent throughout Australia, this track is a timely reminder of how Angels (family, friends, neighbours and strangers) reach out and lend a helping hand in times of need.